Larry Smith graduated from Clemson University with a Bachelor’s degree in Arts & Sciences in 1965 and went on to obtain a Masters degree in both Recent American History & Human Resource Management. Larry also served in the Army for 26 years before retiring as a Colonel of Infantry in 1991. After retiring from the Army, He served as Assistant to the City Manager until 1996 and then went on to be the Director of the Vancouver-Clark Parks and Recreation Department until 2003.

Mike Burton is a retired USAF Officer, having served 38 years of active and reserve time in various assignments worldwide with Special Operations units.

Besides CMAC, Mike is active in several civic organizations including the Legacies of War, Handicapped International, is a life member of the Air Commando Association, Disabled American Veterans, Thai-Lao-Cambodia Brotherhood Vietnam Veterans and the American Legion also represents Clark County on the Veterans VSO Advisory Committee. He is a member of Voiture 99 of 40&8 in Vancouver.

Mike’s wife Donna Young is an established artist who shows her art at galleries in Hawaii, California and Florida.

Stephanie is the spouse of a Desert Storm Veteran and the mother of two boys. She received her Bachelor of Science in Business Management from George Fox University and her Master’s in Business Management and Organizational Leadership from Warner pacific College. She is currently pursuing a Master’s degree in Organizational Leadership and Entrepreneurship at Grand Canyon University. Stephanie is active in her community and a member of La Societe de Femmes and SW WA LULAC Council 47013.

Stephanie is a life-long resident of the Pacific Northwest and enjoys spending time with her family and helping support our veterans and their families. 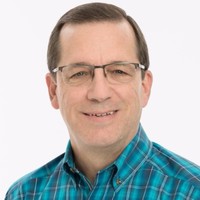 Bruce graduated from the University of Nebraska with a B.S. degree in Business Administration (Accounting). During his career he held accounting / finance positions in the natural gas pipeline and construction industries before retiring from the Humane Society for Southwest Washington in 2019. Bruce grew up in a military family with his dad being a 32 year veteran of the United States Air Force. Bruce and his wife, Cheryl, have called Vancouver home since 1995.

Samantha Whitley has worked for Clark County’s Department of Community Services since May 2001. She holds a Bachelor’s degree from George Fox University in Management and Business Information Systems and coordinates local projects for the Community Development Block Grant and HOME Investment Partnerships Programs. Since 2003, she has worked with the County’s Veterans Advisory Board, the Veterans Assistance Fund and its related services. Samantha comes from a military family and joined CMAC in 2011.

Bill attended Hudsons Bay High School and Clark College in Vancouver Washington. He enlisted in the Marine Corps in 1974 and was trained in radio / telephone-switchboard repair and was honorably discharged in 1978. He worked as a truck driver for several years then went into warehouse operations eventually becoming a warehouse manager.
Bill has been a member of the 40 et 8 since 1997 holding local and state offices. He is currently the editor of the monthly newsletter and webmaster for the local and state 40 et 8 websites. He currently holds the office of Jr. Past Commandant of the Columbia River Detachment of the Marine Corps League and also is working with the Vancouver Barracks Military Association. They were formed to help preserve the history of the Vancouver Barracks.
Bill has been a member of CMAC serving as webmaster since it was formed. 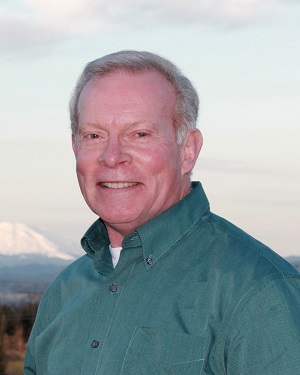 Most of Dan’s career has been in intelligence, criminal and civil investigations. Dan was a communications intelligence analyst and criminal investigator for the US Army, retiring as a supervisory special agent/CW3 in 1992. His volunteer work has included coaching youth sports, Kiwanis, Crime Stoppers, community mediation, veteran advocacy and Rotary – where he chaired his club’s “Peace & Conflict Resolution” committee, served two years as the “Service Projects Director” on the club’s board, and now collaborates with other Rotary “Peacebuilders” as a member of the United Services Rotary e-Club comprised of veterans and active members of the armed forces. Dan is equally proud to serve on the board of the Community Military Appreciation Committee, supporting veterans and military families, and strongly believes that our military men and women should be seen as allies in conflict prevention and resolution. After all, “No one appreciates peace more than a soldier.”

James is a Graduate from the following schools; Beacon University, Columbus Georgia receiving a Doctorate in Ministry, a Masters in Divinity and a Masters in Theology; an MBA from Seattle International University, Seattle Washington; a Bachelors in Business Administration and a Bachelors in Psychology from Evangel University in Springfield, Mo.; an Associate Degree in Applied Sciences in Management and Supervisory Development from Portland Community College, Portland, Oregon. He is a retired Program Manager with Department of Social and Health Services, Washington State and he retired from the US Navy in 1977 as a Chief Petty Officer after 24 years of honorable service having served on several Naval War Ships, Shore Duty in England, Trinidad West Indies, Guam and one year in Country as a Naval Advisor in Military Regions 3 & 4 Corps Vietnam.

Sean grew up in Bethel, Alaska. He enlisted in the Marine Corps Reserves in 1988 and earned his commission in 1990. He served for six years as an infantry officer and recruit training supervisor, then served 20 years as a public affairs officer in a variety of assignments in the United States with deployments to Iraq. He retired as a colonel in 2016 from Marine Corps Headquarters in Washington, DC then immediately drove west with his wife and son to settle in Vancouver.

Minh Pham came to the United States in 1984 from Saigon, Vietnam. He graduated from Oregon State University with a Bachelor’s degree in Computer Engineering in 1993. He is a software engineer at Cisco Systems Inc. He was president of the Vietnamese Community of Clark County(VCCC) from 2013-2017 and he is on the VCCC board. He is the principal of the Van Lang Vietnamese non-profit school in Portland, Oregon which has 100 teachers and volunteers. The Van Lang School teaches Vietnamese language to 450 students from kindergarten to 9th grade on every Sunday. Minh is an active member of the Vietnamese community in Clark County and Portland Oregon.

Teresa grew up in Spokane and attended Gonzaga Preparatory School before moving to Portland for college. She earned a Bachelor’s degree in Global Business Marketing and Management with a minor in French at the University of Portland. She began working at Columbia Credit Union in 2005 and was promoted to Assistant Vice President Branch Manager.
In her current position as Columbia Credit Union’s Community Outreach Representative, she works closely with Clark County businesses to provide their employees with membership information and financial education designed to help them reach their financial goals.
Teresa is active in the community and proud to have several family members and friends who are veterans or military service members. During her free time, she enjoys traveling and spending time with family and friends. She and her husband are both foodies who like to explore local restaurants and eateries.